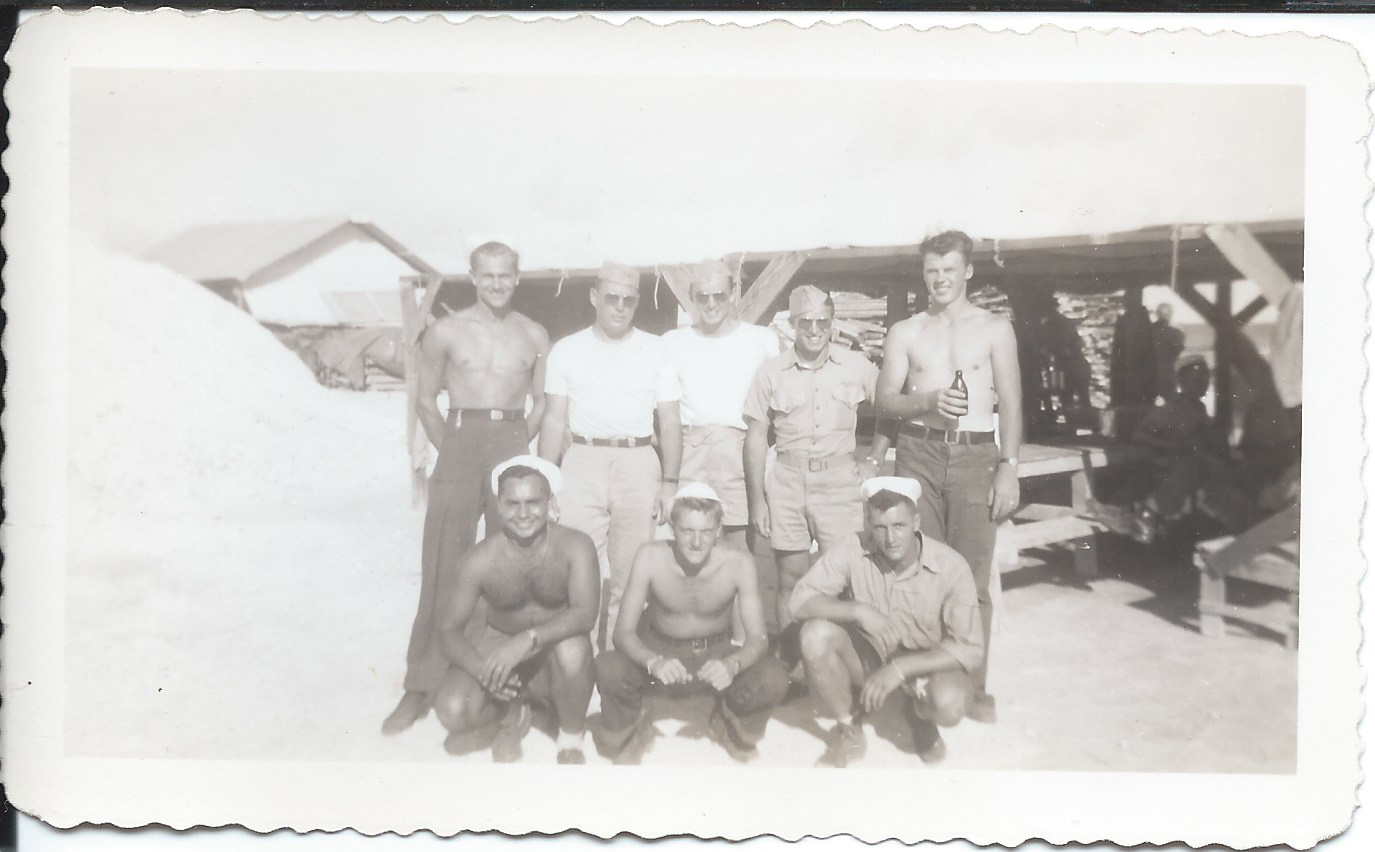 Snapshots of World War II Midway Island – The years that surround World War II were busy times for Midway.  Prior to the war construction was taking place to ready it for the war in the Pacific, while during the war much of that construction was demolished. After the war the mission at Midway would change. During the post war era Sand Island was developed to support not only the Navy’s mission, but the infrastructure of a small town to accommodate the families of the military personnel stationed there.

This set of photographs shows a little bit of the everyday life the men who worked on this construction. For those of us who have lived and worked at Midway it’s easy for us to transport ourselves in time to imagine what these people were experiencing. The heat radiating not just from the sky, but from the white coral sand below. The smell of the rookery of birds that surrounds you no matter where you go. And the sound of the birds as they go about their daily bird lives.

In one of the photos you can see a PBY parked in the background and another with a fellow hanging out of the window of what appears to be a Lockheed PV-2. Other photos show temporary structures to provide shade and refreshments for the men working on construction projects.

One Reply to “Snapshots of World War II Midway Island”