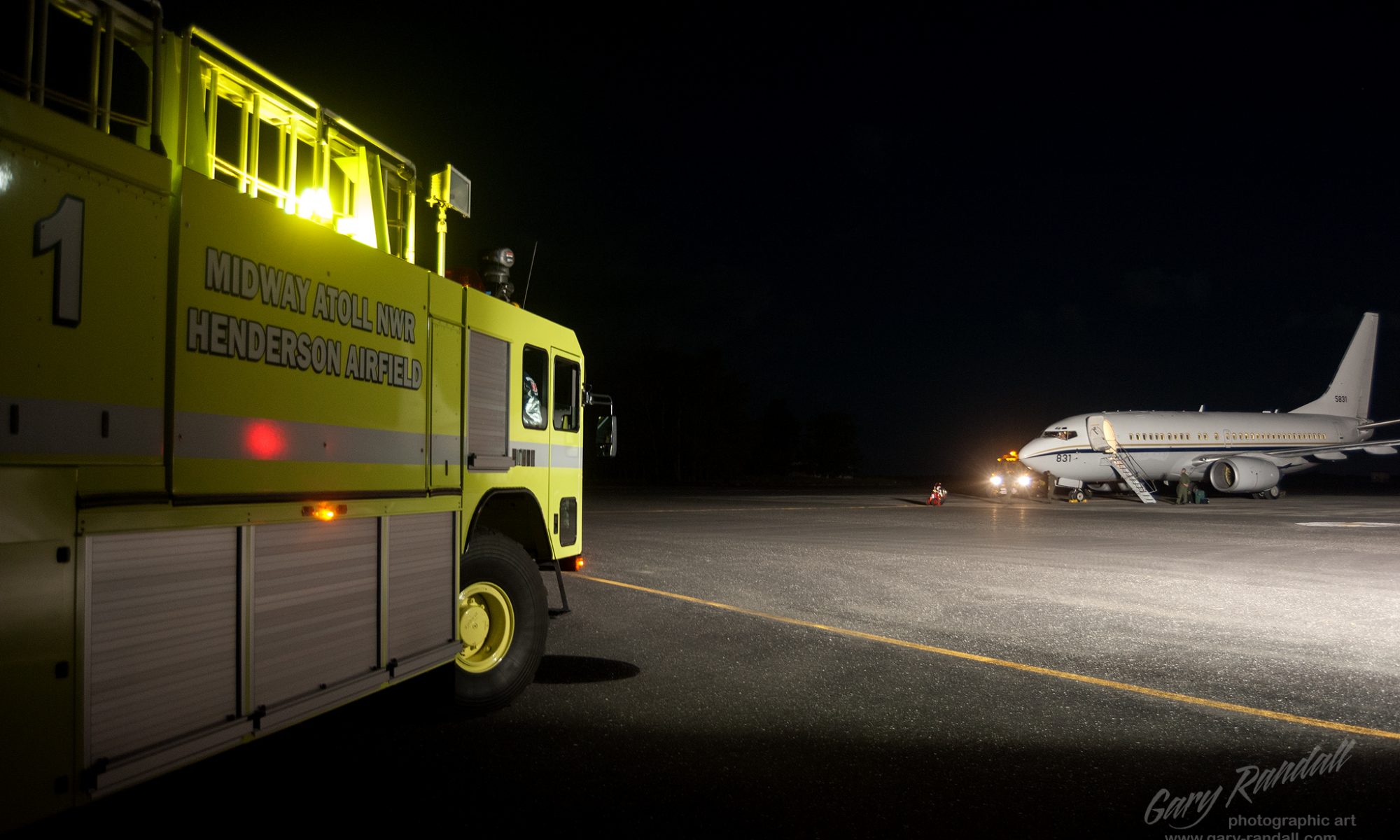 The Fish and Wildlife relegates aircraft arrival and departure to night time. We arrived at Hickam AFB for our flight at midnight and then arrived just prior to dawn at the island. And then when we departed we waited until dark to leave and arrived back at Hickam AFB around midnight. It was a 24 hour day unless you were able to catch some sleep on the flights, but most everyone on the plane was too excited to sleep.

This was my third and so the last trip that I’ve been able to make back to Midway since I left after duty in 1979. I’ve been blessed indeed but still hope for some sort of practical form of visitation to allow those of us who served, lived and were born at Midway Island to return again in the future.