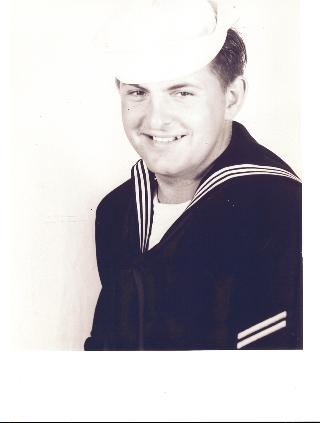 The Story of Jerry Hartley and Hartley Field at Midway Island

My maiden name is Betty Lou Hartley. My brother Gerald Eldwin Hartley was the pitcher for the baseball team on Midway in 1957. He died on the island in a freak accident and the sports field was dedicated in his honor. Hartley Field is named for my brother Jerry. He was 19 years old when he died. We have one picture of the dedication but I would really like to know more about the field and talk to anyone that knew Jerry or that may have other pictures of the field.

Jerry was the only one on the island. The family has never been to Midway.

Jerry was young, eager and excited about life. He planned on getting married when he returned. He played baseball his whole life. Daddy tried to get him to play the violin but it was too sissy for him. My dad was in construction and that is why Jerry went into the CB’s. He loved Elvis and had a complete collection of all of his records. They never made it off the island. Evidently he was not the only Elvis fan.

Jerry took a fall the morning he died. He went to the infirmary and they gave him some aspirin. He laid down

for a while and then they sent him back to work. We never knew why he was working alone that day. It seemed to us that there should have been a crew working with him.

We received a telegram via western union. My mother was home with just me and one of my brothers. We woke to her hysterical crying. The Navy later said that an officer should have been there to give her the news.

They shipped him home with an escort. A young African American boy that had been his friend on the island. His body was side railed for two days in San Diego and that poor boy had to stay with the casket the whole time. He was very upset by the time he got to us. We were very grateful to him.